Bitcoin Gold have forked a new version of Bitcoin. One that is resistant to mining centralization. It a way for everyone who isn’t a massive company to relive the days when Bitcoin mining was profitable on GPU rigs and it was worth leaving a gaming PC on overnight. Like earlier fork, Bitcoin Cash, Bitcoin Gold have improved on the original Bitcoin to attract users to their platform. Lead by Jack Liao, who is a CEO of LightningAsic, it can hopefully plot a similar course and make a lot of traders and miners wealthy.

What is Bitcoin Gold?

Bitcoin Gold is a hard fork of Bitcoin that broke away from the parent chain in late 2017. A snapshot was taken of the Bitcoin blockchain at block height 491407, on the 24th of October. While they would only include up until this block, miners had to wait until the 12th of November to start mining. Lead developer of Bitcoin Gold, an anonymous cat avatar who goes by the name h4x3rotab explained “When bitcoin reaches the fork height, bitcoin will continue as if nothing happens. At the same time, our client is not ready, so there’s no main chain of BTG. But after a few days, when BTG client is ready for mainchain launch, the BTG blockchain will be created.”

It got off to a rocky start. Bittrex made a public statement stating that the cryptocurrency did not satisfy their criteria for safety for of users. The main problem was that Bitcoin Gold didn’t have “fully formed consensus code, implemented replay protection, adequate code for testing and auditing, publicly known code developers.” Martin Kuvandzhiev, admitted that Bitcoin Gold was not ready with the code.” He further publicly said: “We are working on the code still. The [testnet] is syncing. But very very slow.”

Before expectant miners were given access to it, the team pre-mine no more than 1%, or around 160,000 BTG. The money will be used for bounties and developing new features. It’s locked for the next 3 years and released periodically, so they can continue development.

H4x3rotab further clarifies that 75% of the premined coins will be locked for “36 months. So these coins will be separated to 36 pieces equally and get unlock monthly.”

A hard fork happens when nodes change parameters about the network. Agreement that information means a certain thing is a prerequisite to network consensus.

Bitcoin Gold just agrees to reward miners for finding a different proof. You need to find a proof to contribute a block to the chain. Bitcoin uses the SHA256 hashing algorithm. You find an input that when hashed with the message (the entire Bitcoin ledger) and a public / private key pair returns an output that starts with x amount of 0s. If you find this number, you can add transactions to the ledger. Since all the nodes agree on these rules, they make it possible to economically incentives contributing computational power to the network. 11193 nodes (give or take) are actively contributing to the bitcoin network and mining is now a billion dollar industry.

ASICs are Application Specific Integrated Circuits. They are built to do one thing and do it very well. In the case of Bitcoin mining that thing is mine SHA256 based proof of work cryptocurrencies very efficiently. ASICs are expensive, but some people have lots of money. Satoshi’s dream the decentralised network was propagating farms of ASICs miners, and they now control a sizable portion of the hashing power. Hobby miner, small to medium business and anyone who didn’t have tens of thousands of dollars to invest was priced out of Bitcoin mining.

Mining centralisation is a real issue faced by Bitcoin. ASICs farms in China prompted former Bitcoin developer Mike Hearn to state, “Bitcoin is controlled by the Chinese Government.” I think that this is a bit of an exaggeration, and it is worth mentioning that to break the network they would have to knowingly destroy something that they had invested hundreds of thousands potentially million of dollars / Yen / Pounds into.

Not all Bitcoin mining centralisation is caused by ASICs. There are two main aspects of centralization in PoW mining. One of them is pools. If you contribute to a mining pool, you agree to combine your hash power, increasing the chance that you will be rewarded for the next block, but effectively everyone in the pool is just one node.

Largest Pools and Their Dominance of Hashing Power

Together that is 68% of the total hashing power. If these pool decided to collude, they all know where to find one another. At a high level Bitcoin’s consensus is told to honour the longest chain, which it is assumed has the most computational work put into it. When a Bitcoin wallet tells you your balance it tallies the unspent transactions and prints out a number: Ingoing – Outgoing. If you can continuously mine the most recent block, you can double spend, change history and generally misrepresent the ledger. This is called a 51% attack.

Bitcoin Cash implemented Equihash, a memory hard algorithm which is also used by ASICs resistant Zcash. It’s an asymmetrical proof of work which requires a lot of memory to solve a problem. “While Equihash is memory-hard, unfortunately it is not sequential memory-hard: it mostly can be parallelized, with only relatively few steps that have to be sequential. This means loosening the assurance of how long the memory will have to be held for per computation of a proof. A massively parallel implementation may greatly reduce the overall cost (customarily expressed as ASIC area*time product) through reduction of time that the per-proof amount of memory has to be held for.” – Solar Designer

“Equihash is a family of proof-of-work schemes with three parameters n, k, and d, which determine the scheme Equihash-n/k/d and the time and memory complexity of the puzzle solver for it, and seed S, which makes every puzzle unique and solutions incompatible. The best algorithms for Equihash-n/k/d require O(2n/(k+1)+d) time and O(2n/(k+1)) memory, though implementations of this algorithms differ in both metrics, see below.

A solution for an Equihash puzzle can be found with Wagner’s algorithm for the Generalized Birthday problem (GBP). Wagner’s algorithm requires O(2n/(k+1)) memory, and any memory reduction increases the time complexity. That’s why Equihash is claimed to be a memory-hard proof-of-work.”

The best resource we have for planned future developments of Bitcoin Gold is their roadmap. Long term there are some big announcement worthy events that would have the added benefit of significantly improving this technology. ElectrumG, was a fork of the Electrum Bitcoin wallet, which is one of the most popular wallets for the Bitcoin network. Further down the track they have planned updates like Lightning Network, payment systems, side chains and atomic swaps. There is even mention of researching smart contracts.

Bitcoin Gold got off to a rocky start. A few days after the launch of the mainnet, it was revealed that core developer Martin Kuvandzhiev (StarbugBG) had hidden a 0.5% mining fee in his pool’s code. It paid Bitcoin Gold mined in his pools directly into his private wallet. “Suprnova and other mining pools allegedly found the hidden fee and removed it after examining the code causing some to speculate that the removal was related to why many found blocks didn’t show up as paid to the finder and why Suprnova’s chain was out of sync.” They were also criticized, and there are lots of internet forum rumors about the nature of their pre-mine. In several interviews, Jack Liao has insisted that the pre-mine was public knowledge, but a lot of news outlets are claiming it was a secret pre-mine. Hard to ascertain what actually happened. While all of these little hiccups might have damaged the credibility of Bitcoin Gold, I think that they are in the past now. The code is all open source, which is part of the reason that it came to light so quickly.

Should I Invest in Bitcoin Gold?

Bitcoin Gold is one of the few cryptocurrencies that is already developed and doing what it promised. In addition to being a mineable commodity, Bitcoin Gold is a speculative asset. So why would anyone use Bitcoin Gold over Bitcoin?

It is cheaper to send transactions with Bitcoin Gold than it is to send them on the Bitcoin and Bitcoin Cash networks. BTG 0.005 usd vs BCH 0.025 usd. The block size is only 1 MB like Bitcoin, but since they aren’t contesting with centralised mining, they can fork the chain at a later stage to add lightning, side chains and larger block sizes when and if it becomes necessary.

Only time will tell if the team will follow through, but if the network gains popularity and merchants start to accept Bitcoin Gold like they have with Bitcoin then it is a great long term investment. There is already a partnership with Paybear and Coingate. These are both reputable payment processors that give thousands of merchants the option to accept Bitcoin Gold. Cryptocurrency is more developed now. All of the services that were made for Bitcoin can easily add Bitcoin Gold functionality because it is fork. If companies did this then people would go to prison, but cryptocurrencies can and often do make copies of each other and use their parent chain’s brand power to attract million dollar marketcaps. Bitcoin Cash and Ethereum Classic are both great examples.

Jack Liao is the CEO of LightningAsic. It stands to reasons that he would know a bit about mining. Why would a CEO of an ASICs company start a cryptocurrency for GPUs? Good question. Still there is no denying that Jack and his team of competent developers have the skills to fork the Bitcoin main chain. They have already done it. It is interesting and promising to see that there are some marketers and other corporate types on the team. If this was just a miner’s attempt to avoid bitcoin competition and make some money, I don’t think that would have bothered trying to structure and organisation around it. If they aren’t planning to onboard merchants and promote their currency, why pay their salaries?

How To Invest in Bitcoin Gold?

Coinlist’s complete investor’s guide to Bitcoin Gold delves deeper into the short and long-term prospects of this altcoin before explaining how and where to buy it. 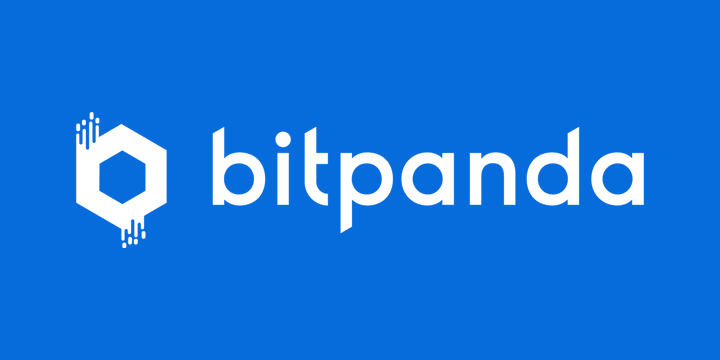 The issue of keeping crypto keys safe is one of the major concerns for new cryptocurrency users. However, the CEO more info…

Are Bitcoin and Gold the Safest Assets?

Bitcoin and gold are both sometimes referred to as safe haven assets. BTC has even been called the new gold, more info…

Blockchain Skills Are the Number One In-Demand Ability

After Peter Schiff spent the last 2 months predicting a drop in the price of Bitcoin to $1,000, no such more info…

The current cryptocurrency rally has some fascinating stories behind it. One of the most interesting concerns Bitcoin SV. Is the more info…

Ripple’s CEO has come out to clarify recent sales of XRP after being called out for “dumping” the token. Brad more info…