Guide to EOS Coin – The Blockchain that Could Usurp Ethereum

The EOS whitepaper was published in 2017 before an initial coin offering (ICO) took place the same year. Hosted by Block.one, the ICO raised $4 billion and stands as one of the largest initial coin sales of all time.

To begin with, EOS Coin was forced to piggyback off of the Ethereum (ETH) network. This meant those taking part in the ICO were given ERC-20 tokens. However, by June 2018, the EOS ecosystem was developed enough to host its own native tokens. At this point, all users with a stake in the blockchain had their ERC-20 tokens swapped for EOS coins, giving them access to the EOSIO platform.

In exchanging the tokens and launching its own crypto, Block.one was able to become its own entity and fulfil its potential as a decentralised platform for app developers. Following multiple beta versions of EOSIO, v1.0 officially went live in June 2018. Today, the open-source software has undergone a host of upgrades and stands as a platform where businesses can “rapidly build and deploy high-performance and high-security blockchain-based applications.”

Under the business name Block.one, CEO Brendan Blumer and chief technical officer Dan Larimer are the two men behind EOS coin. Outlining their creation at the 2017 Consensus conference, the duo said their aim was to create a smart-contracts-based blockchain that allowed businesses to develop apps similar to Ethereum. However, in a bid to trump their more established rival, Blumer and Larimer said the EOS blockchain would make decentralised apps (dApps) commercially scalable using a variety of methods.

“The software includes accounts, authentication, databases, asynchronous communication, and the scheduling of applications across many CPU cores or clusters,” reads the EOS whitepaper.

What Are EOS Smart Contracts and DPOS?

In tandem with smart contracts, EOS uses a Delegated Proof of Stake (DPOS) consensus system to secure the network, prevent centralisation and process blocks. A solution to the perceived problems with Proof of Work (POW) used in Bitcoin (BTC) and Proof of Stake (POS), EOS DPOS works on a democratic voting system. Without going too far into the details, a certain number of witnesses (delegates) are voted into power by the EOS community. These block producers are then responsible for processing EOS transactions for which they receive a reward.

However, the status of a block producer is never certain. If they underperform, they can be fired. Therefore, the onus is on producers to maintain high standards. What’s more, EOS DPOS also allows for more transactions to be processed per second. Because the system is less confined, EOS can outperform Bitcoin, Ethereum and other major blockchains in terms of processing power. This is one of its key selling points as it allows developers to create dApps that can be used on a mass scale.

Does the Name “EOS” Have a Meaning?

In Greek mythology, Eos was the goddess of the dawn who rose from Oceanus to stand alongside her brother, Helios, the god of the sun. In this sense, EOS can be taken to mean a cryptocurrency that signals the dawn of a new era. More commonly, EOS has been taken to mean Ethereum Operating System. However, since the release of EOSIO, this colloquialism no longer applies.

What Does EOS Aim to Do? How Does EOS Work?

As we’ve said, the EOS blockchain is a platform where businesses can develop dApps on a commercial scale. To facilitate this, smart contracts act as the bases for transactions between users and dApps. The DPOS method is a defining characteristic of EOS but one of its other interesting attributes is its ownership. Anyone that owns EOS tokens is entitled to use the blockchain’s resources. The amount of resources you’re entitled to is linked to the size of your stake (i.e. the number of EOS coins you hold).

This dynamic is what facilitates the DPOS voting system and, in turn, eliminates transaction fees. Because developers have to own EOS tokens in order to have a stake in the system, there is no need for additional fees. As an analogy, Ethereum allows developers to rent power on the network in order to run their dApps. However, because they don’t own a piece of the network, they continually have to pay rent in the form of processing fees (Gas).

In contrast, EOS users buy a stake in the blockchain, therefore they don’t have any rent to pay. What’s more, there is a fixed rate of inflation (5%). This means the price of EOS coins will increase annually at a fixed rate. The proceeds of which are used to pay miners. The upshot of this is that it’s cheaper to run apps on EOS which, in turn, allows developers to pass on these savings to end-users.

Dan Larimer has been an active member of the crypto industry since 2014. His reputation alone has helped EOS enjoy a rapid rise to prominence. Alongside Larimer, a bevy of billionaire backers have supported the company financially and technically. Among the list of luminaries supporting EOS are venture capitalist Peter Thiel and hedge fund managers Louis Bacon and Alan Howard.

Why Invest in EOS? How to Get EOS Coins

How do you get EOS coins and, more importantly, should you buy EOS? Let’s take a look…

Pros and Cons of EOS

The most obvious alternative to EOS is ETH. However, as smart contracts and dApps are all the rage right now, competitors such as NEO Coin, Stellar Lumens, IOTA (MITOA) and Monero (XMR) are viable alternatives.

Buying EOS is a simple matter of visiting one of its partner exchanges. Even though it’s a relatively new digital token, the level of backing and hype surrounding it have made EOS a popular option on multiple crypto exchanges.

For those who prefer to make crypto-to-crypto trades, Bitfinex Exchange, HitBTC Exchange and Binance Exchange all offer EOS/ETH. If you wish to buy EOS using fiat, HitBTC also has an EOS/USD pair as does Kraken Exchange.

Finally, if you’re someone that wants to speculate on the price of EOS without actually buying any tokens, try eToro Trading. The benefit of using an EOS broker instead of an exchange is that you can make deposits using PayPal and, moreover, you don’t need a third-party wallet as you don’t actually own any coins.

EOS price charts could be set to rise in the coming years. [ilolab/Shutterstock.com]

EOS price charts have been steadily rising since 2017. From an initial starting point around the $1 mark, the price of EOS topped $21 during its peak in 2018. Today, facing a bearish market and increased competition from the likes of IOTA (MIOTA) and Stellar Lumens, its value has fallen to around $3 (as of March 2019). However, as an investor, this shift in value should be seen as a positive.

Firstly, the market as a whole has struggled in recent times, meaning that all cryptos have dropped in value. Secondly, there is a lot of buzz surrounding EOS. Finally, for a coin that’s extremely young in comparative terms, a value over $3 is excellent. In other words, there is plenty of potential for growth, which means there are plenty of reasons to buy EOS now before its price peaks again.

Mining EOS isn’t possible because the platform uses the DPOS consensus protocol. In practice, this means that only nominated block producers (i.e. those voted in) can process transactions and, in turn, generate new blocks. Although there is a way use your system to generate BOID tokens and exchange them for EOS, the reality is that EOS mining isn’t possible unless you’re a block producer.

Before you can buy EOS tokens, you need a place to store them. Fortunately, there are plenty of crypto wallets that are now compatible with EOS. If you scroll through our cryptocurrency wallet guide, you’ll see the leading options in terms of hot and cold storage.

For EOS specifically, we recommend taking a look at the following options:

SimplEOS: This is a desktop wall that’s supported by Mac, Windows and Linux. The code is opensource and you can host multiple accounts inside a single platform.

Guarda EOS Wallet: As well as providing a place to store and send EOS coins via your iPhone or Android, this wallet app allows you to buy EOS via linked exchanges.

Ledger Nano S: The most secure way to store EOS tokens is offline. Ledger Nano S is regarded as one of the leading hardware wallets and it’s by far the best option for anyone with a large holding.

The Future of EOS Coin

Predicting the future of EOS isn’t easy. However, growth is almost inevitable. Now the official blockchain is live and improving, the platform is only going to get bigger. For those invested in EOS crypto, that means prices are likely to improve in the coming years. However, beyond that, it’s hard to know what’s going to happen. The best way to stay up-to-date with the latest development is to read the latest EOS news headlines. By tracking the EOS coin news, you can see exactly what’s happening and, in turn, better predict what’s going to happen with this coin.

In reality, EOS and Bitcoin stand at different ends of the crypto spectrum. While the latter was designed to be a decentralised platform for financial transactions, the former is focused on applications. Although the underlying principles are similar, EOS uses a different consensus protocol and aims to serve a different purpose.

What’s that purpose? Put simply, EOS is an ecosystem where businesses can harness the power of decentralised technology to make more efficient, more powerful products. The end result is, in theory, a world where all of our digital interactions are decentralised. In contrast, Bitcoin was designed to usurp the power of financial institutions and give consumers a new, decentralised, way to manage their money.

In that sense, it’s tough to compare EOS and BTC on a like-for-like basis. Therefore, if you’re looking to invest in either, we’d say it’s possible to own both and not have any conflicting interests. To learn more about the difference between these coins, check out our Bitcoin handbook. 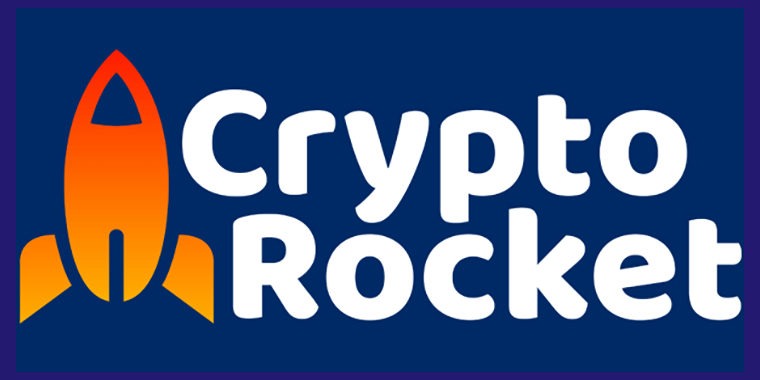 EOS Price Predictions for 2020: What do the Experts Say?

Coinbase is reportedly ready to add more than 30 cryptocurrencies to its trading platform. Coinbase has strict parameters that will more info…

Cardano, the home of ADA, is bidding to knock Ethereum (ETH) and EOS from their proverbial perches by letting “Rust” more info…

Exploiting incompetence and misinformation, hackers have made off with 4,028 EOS from Newdex exchange, paid for with phony EOS tokens they created more info…

EOS Investors Take the Bad With the Good

In an industry of divisive projects, EOS is one of the most controversial blockchain ventures on planet Earth. Founded last more info…