Much has been said about cryptocurrencies. But when it comes to utility, few can beat Ripple. On top of being a rapidly rising cryptocurrency, ripple also doubles up as an payment transfer processing network. In fact over 100 banks have adopted it across the world underlining its ability to solve real world problems.

Ripple is specifically crafted for financial institutions  and major players like JP Morgan, UBS, UniCredit, Standard Chartered and HSBC are already adopting it. From near obscurity at the start of the year, the digital currency has climbed up to occupy the fourth spot as the largest cryptocurrency by market capitalization. At one point, Ripple rallied an astounding 84 per cent in just a day upsetting established players like bitcoin.

Market capitalization now stands in excess of US $ 9.1 billion. Ripple’s rally is not just driven by blind speculation that has marked many other cryptos hitting the marketplace every other day. So strong is its pull such that a consortium of 61 financial institutions in Japan and South Korea has been formed specifically  to test the platform.

Estimates put cost savings in payment transfers at as much as 60%. If successful, it will occasion a new revolution in the way payments are done across the world. There is every sign that the trillion dollar industry that is payment transfers is ready to be turned upside down.

Ripple addresses some of the most pressing problems in everyday transactions like no other blockchain has ever tried to. Here are five reasons ripple has so much potential and why you should invest in Ripple in 2018.

Ripple has already been adopted by over 100 financial institutions including the heavy hitters like JP Morgan, Standard Chartered, HSBC among others. This just goes to show the potential and promise the cryptocurrency has. For one, ripple is faster than  other blockchain technologies.

The third generation blockchain technology  allows for much faster transfers. There is no doubt banks will be mopping up XRP coins for transactions. This will see ripple’s price shoot through the roof.

Think about it. Speed is the major hindrance for the flagship cryptocurrency bitcoin and a couple of other runners up. It takes anything between 10 to 30 minutes to complete transactions on the bitcoin network and about 15 minutes on ethereum.

It just shows their impracticality for everyday transactions. Not so with ripple. Transactions take a mere three seconds and the network can process up to 1500 transactions in a second.

Compare this to a dismal 7 transactions per second on bitcoin and 15 on ethereum and you instantly know that ripple has a huge advantage.

This makes ripple a suitable cryptocurrency for everyday transactions which need to be fast and convenient.

Although ripple has enjoyed massive price jumps, it is still quite affordable at just about $1.50 as of December 29, 2017. That means you can get yourself close to 100 coins with as little as $100. Its price is projected to hit at least $5 by the end of 2018 earning early investors astronomical profits. Its worth noting the cryptocurrency was trading at just $0.2 a few months ago. If you had made an investment, you would already be collecting profit seven times over.

Much of the ripple craze has been mostly concentrated in Asia particularly South Korea which at one point accounted for more than half of all transactions. Word of mouth in this technologically advanced nation gets round pretty fast and within a short time the price was climbing steeply. 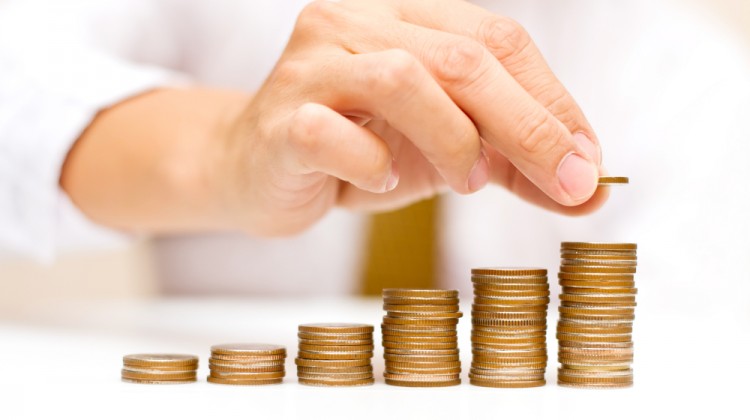 But ripple is not just confined to Asia. There might be no major US exchange offering it for trade but this is expected to change very soon.

Rumour has it that Coinbase in planning to list it as a tradable asset by mid 2018.

This is expected to trigger a chain reaction among other exchanges and the demand is expected to surge and early investors will make a kill. In fact there is a positive correlation between the price of bitcoin and that of ripple. We expect this trend to continue into 2018. Buying Ripple is looking like a good idea in 2018.

While others like bitcoin and ethereum remain contented with first generation blockchain, ripple has stayed ahead of the curve with innovation.

Ripple’s technology is a third generation iteration only being beaten by IOTA’s tangle.  ICO frauds and blockchain hacks are simply getting out of control and the two leading cryptocurrencies are yet to react in a meaningful way.

If you look closely at the people leading ripple, you will see decades of experience in financial services, technology  and compliance. It provides a good bridge with fiat currencies and sending money is as good as buying some XRP in a London exchange with pound sterling and sending it across the world where the receiver can exchange it for a local currency.

The transaction can happen virtually within seconds where the antiquated SWIFT system would take about five days with the accompanying inconveniences of having to sometimes physically visit a bank.