The blockchain technology is set to revolutionise a lot of industries. In fact if we are to believe the pundits, no sector will come out untouched when the dust finally settles.

Much has been said about how the innovation will turn the financial services industry upside down. There is a reason this industry has received a lot of focus.

Banking relies heavily on records to function. In fact their entire existence relies heavily on the ability to keep secure and accurate records. This is a job the blockchain technology does exceptionally well and the reason it is already rattling the financial services industry.

One other important sector which has not received nearly as much attention is cyber security. There is no doubt that the internet will form the backbone of the future economy.

The reason much of its potential has not been unlocked lies in the fact there are still serious cyber security concerns.

The internet is penetrating the most intimate parts of our lives each day. An increasing part of our social interactions now happen online. As such privacy remains a growing concern for individuals and organisations.

The Solution to Cybersecurity

The blockchain technology might have come at just the right time.

For perspective, cyber security threats tripled in the past year alone. Ransomware attacks entered a new high in 2017 with cybercriminals making away with millions in ransom attacks. The most prominent was the WannaCry attack which took the world by storm with its service denials.

The fact that it grounded services including a huge part of the healthcare and shipping services underlines the magnitude of the threat for the future economies. It is estimated that 26 million patient records were compromised in the hacking.

The internet has opened up a huge potential allowing us to create and consume products in new ways almost anywhere in the world. Business models have even changed because of the internet.

More and more businesses can now penetrate the furthest reaches of the globe.

But this capacity is severely impended by cyber attacks which are rapidly evolving to take advantage of the vulnerabilities in the system.

Luckily we are only starting to see the potential of the blockchain technology to solve this threat.

Blockchain prevents data tampering and fraud due to its decentralised nature, an attribute that can be harnessed effectively for cyber defence. It is the same feature that allows bitcoin to function as a decentralised currency with no central authority to supervise.

Infiltration into your data is almost impossible in this crowd sourced verification system. Hackers would have to compromise millions of computers across the world if their attack is to succeed.

The situation is very much different now. Often, hackers just need to compromise one device usually a phone or a computer to steal money from your account. Even the highly encrypted SSL websites used by banks have been shown to be susceptible to attacks.

Successful attacks do not just result in the loss of money.

Bank accounts contain highly sensitive personal information that can cause a lot of damage if it comes into the possession of criminal elements.

Loss of customer data is undesirable to any company and many do not recover from the damage.

Blockchain is Not Always Equal to Anonymity

Many people probably know bitcoin for the ability to do anonymous transactions. It is the reason it was mostly used in the underworld as some form of settlement. Blockchain technology transactions do not however have to be anonymous.

Given, transactions can by design be tracked to the last detail. This has several implications for cyber security.

First, criminals will have no incentive to steal as they can be easily caught. Secondly, and most importantly, copies of information will be held in thousands, probably millions of computers across the world, making it impossible to infiltrate.

The thing with the distributed ledger is the fact that transactions have to be verified by several nodes to go through.

A Little About Blockchain Technology

The blocks are sequentially arranged in blocks where one verifies the previous one through a function called hashing. The result is an unbroken chain. The block is then distributed across the network in multiple locations.

No one has the master copy and therefore no one can tamper. Each entry is irreversible. This presents a golden opportunity for businesses to offer services more securely, transparently and with more confidence.

For customers, it is also an opportunity to have more control about how their information is accessed and used. This can be effectively done with the private keys.

The Revolution has Started

There are signs the revolution is already underway. Global technology firms invested at least $1 billion into blockchain technology in 2017 for example. Banking institutions are already testing the technology. 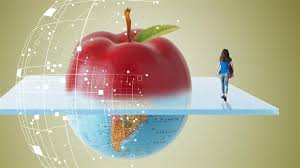 Over 100 banks have tested the ripple network for use in bank transfers. If it succeeds, and there are very good signs it will, transfer costs will be cut by as much as 60% replacing the antiquated SWIFT system.

Smartphones based on the blockchain technology are already under development and is specifically tailored to provide secure payments. The momentum is just gathering pace and things could get really interesting in the coming year. Mobile based applications based on blockchain are  exploding by the day.

Ordinary android and iOS mobile devices are already being used to exchange cryptocurrencies.

By validating applications, blockchain will usher in a new era of work. If a network is impregnable, more workers can work remotely and in the process increasing their productivity.

It is possible for instance to prevent users from making any changes in an application that could compromise security. It can also be used to verify and source and status of applications e.g. whether they are up to date. As we get deeper and deeper into IoT, this ability to prevent tampering will prove invaluable.

Blockchain will also be a good way to concretize contracts with employees, clients and third party providers on the use of data.

Trust is an essential ingredient for any business to thrive more so in the age of the internet . Cyber security is currently the biggest threat to the advancement in this sector. Blockchain has all the attributes to unlock this huge industry with trustless exchanges.