The cryptocurrency market is in a consolidation period after a recent rally, but ADA’s slow recovery could see it target another major milestone

The cryptocurrency market performed excellently over the weekend, with Bitcoin finally crossing the $43,000 and now targeting the resistance level at $45,000. Ether meanwhile reached $3,000 over the weekend but has now dropped to the $2,900 level.

ADA also rallied over the weekend but is down by over 3% in the past 24 hours. The consolidation might not be for long as Cardano’s price is going up again, and it could target another rally in the coming hours and days.

The ADA/USD 4-hour chart is currently looking bullish, with Cardano’s price up by more than 1% over the past four hours. At the moment, ADA has crossed the $1.42 mark and is targeting the next resistance level at $1.45 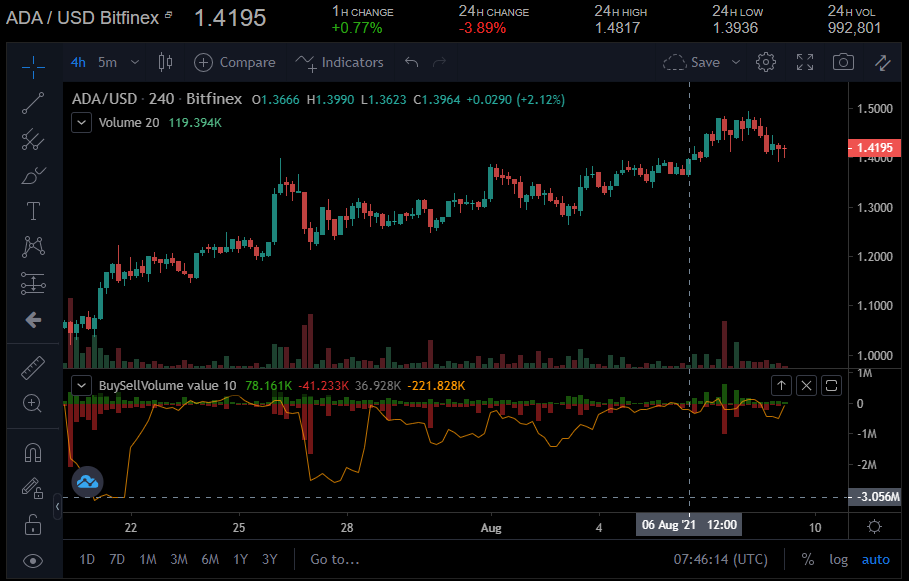 In the event of a bullish breakout, ADA could test the $1.75 resistance level over the coming days. Cardano’s technical indicators are currently bullish, with the RSI currently above 50. The MACD line is also in the bullish territory.

However, failure to surpass the $1.45 resistance point could allow the bears to regain control of the market. In that event, the bulls would be forced to defend the $1.33 support level, which coincides with Cardano’s 4-hour 100 simple moving average (SMA).

If there is an extended market sell-off, the weekly low of $1.27 could come into focus over the next few days. However, ADA’s performance could depend on the broader market and how it reacts to the recent recovery.