The cryptocurrency market has dipped again after what appeared to be a slow recovery from a massive slump on Friday. Market leader bitcoin lost a third of its value to trade below $8000 on Friday amid onslaught from various quarters. On Saturday, it has remarkably recovered to trade at nearly $10,000 before slipping again. Smaller cryptocurrencies were particularly hit hard after losing as much as 30% of their value on Friday. 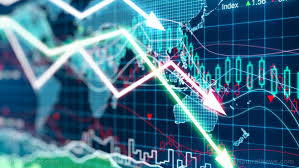 The slump takes the value of bitcoin where it was in November 2017 before it enjoyed a spectacular surge in value.

The sharp fall is not entirely surprising in this fledgling sector particularly marked by high volatility.

Sceptics have been having an “I told you moment” in the wake of the development. Talk of a massive bubble have been rending the air although it has not entirely materialised.

Saturday, the market was recovering very well with bitcoin gaining about 5% from the previous day.

Other cryptocurrencies posted far much more impressive results with Eidoo gaining more than 30% as at Saturday, 1100h GMT. It is now 15.3% down to trade at $2.12.

Ethereum which held somewhat steady in the first part of the crunch has gained about 12% on Saturday but has since lost about 12% of that value on Monday trading. Ripple, which is now the third most valuable cryptocurrency by market capitalisation is down 12% after gaining 24% on Saturday. NEO which has been rapidly climbing up the ranks in the past month now sells at  $103 from $123 on Saturday. Litecoin, once the third in contention was relegated to eighth position amid the turbulence but now occupies fifth position.

EOS, Bitcoin Cash and NEO recovered 17%, 13% and 21% respectively in the rebound but has since lost much of that value. IOTA, billed as the crypto for the internet of things also posted 26% gain but about 18% of that value has been shaved off.

The last few days have been particularly turbulent for cryptocurrencies as more governments announced  they were cracking down.

On the brighter side of things, the dip presents a golden opportunity to buy. For those who missed out, this is the best time to buy bitcoin and other altcoins.

US customers are however not as lucky. A number of US credit card operators are halting cryptocurrency purchases on their platforms. Governments are increasingly fearing the sector might spiral out of their control although some have said it posed little threat to the current financial system.

Bank of America Corp, Citigroup Inc. and JP Morgan Chase $ Co announced they would no longer support cryptocurrency purchases through their cards.

JP Morgan’s spokeswoman Mary Jane said they were trying to avoid the credit risk associated with such transactions speaking on Saturday.

On Friday, Bank of America started rejecting transactions with cryptocurrency exchanges. In a memo announcing the move, the bank said the change would affect both personal and business cards.

Citigroup made a similar announcement of the same day with a representative saying the bank “will continue to review our policy as this market evolves.”

At the same time, Facebook also banned cryptocurrency and ICO ads on the social media platform. Scammers have been taking advantage of the craze to extract money from unsuspecting buyers. Others promise unrealistic profits from investments. MasterCard reported that volumes through its payment network were declining in the midst of the plunge. Cross border transactions have increased more than 20% in the past year on the network mainly attributed to cryptocurrency transactions. It has however not made any statement whether it could stop the transactions.

But perhaps the most important factor in the slump were reports of market manipulation by Tether, a cryptocurrency associated with Bitfinex, the largest cryptocurrency exchange based in Hong Kong. US  regulators have summoned company executives in the ongoing investigations.

There are concerns Tether, used by many exchanges to circumvent banks is being used to artificially prop up prices.

Many are waiting eagerly to know the truth. If true, the revelations will have a very damaging effect on the market.

It is reported that the company  does not hold any reserves contrary to its own claims. Reports of the manipulation will not however lead to any systematic change as seen in the current recovery.

Bitcoin and other cryptocurrencies are unregulated. They allow people to transact without the need for third parties like banks. The distributed ledger held in millions of computers is used to verify transactions making it impossible to falsify information.

Bitcoin transactions are anonymous, a feature that is particularly attractive to criminals. In fact bitcoin’s early beginnings in crime still persist although it has effectively entered the mainstream.

Cryptocurrency transactions do not however have to be anonymous.

There are several use case scenarios from the underlying blockchain technology that can be effectively harnessed to change things for the better.